Bringing the arctic fox back to Finland

The arctic fox is currently the most endangered mammal in Finland. WWF Finland wants to change that. And the Arctic Fox Initiative is here to help.

The arctic fox is a valuable part of the biodiversity of Finnish Laplandand was one of the first species to colonise the area after the ice age. Today however, it is the most endangered mammal in Finland.

WWF Finland wants to change that, and as the situation has improved for arctic foxes in Sweden and Norway, there is reason for hope. Currently, there are about 400 arctic foxes throughout Fennoscandia, but only a handful are in Finland. In the short-term, the WWF Finland wants to increase the numbers of arctic fox in the country. But the long-term goal is much more interesting. They want to re-establish a breeding population of the arctic fox in Finland. For those unfamiliar with the terminology, a “breeding population” is a group of mammals that live, feed, and most importantly, breed in a given area. This has not happened in Finland since 1996. 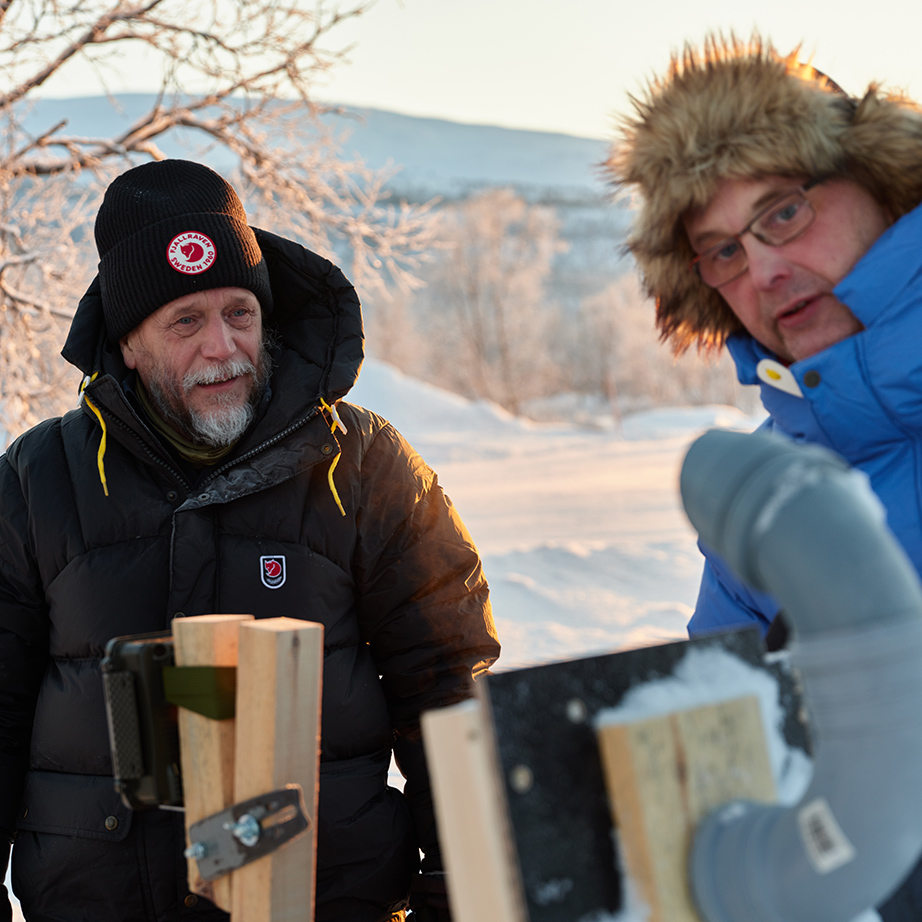 So far, WWF Finland has been working with volunteers and the national nature conservation authorities in the far north to set up feeding stations for the arctic fox and to do annual surveys of areas known to have had dens in the past. In 2020 however, WWF Finland was selected as one of four Arctic Fox Initiative recipients. Now the organisation has an additional 40.000 Euro to apply to its efforts to restore arctic fox breeding in Finland. The funds will be put towards two key activities: feeding and surveys of breeding areas.

The arctic fox feeds mostly on small rodents like voles and lemmings. Rodent populations fluctuate naturally in a cyclic manner from year to year in arctic areas, but climate change has made these cycles more irregular. In the absence of peak rodent years, scarcity of prey is a problem for the arctic fox. As WWF Finland says:

“The arctic fox is a good species to demonstrate the threats of global warming to the whole of arctic nature”. 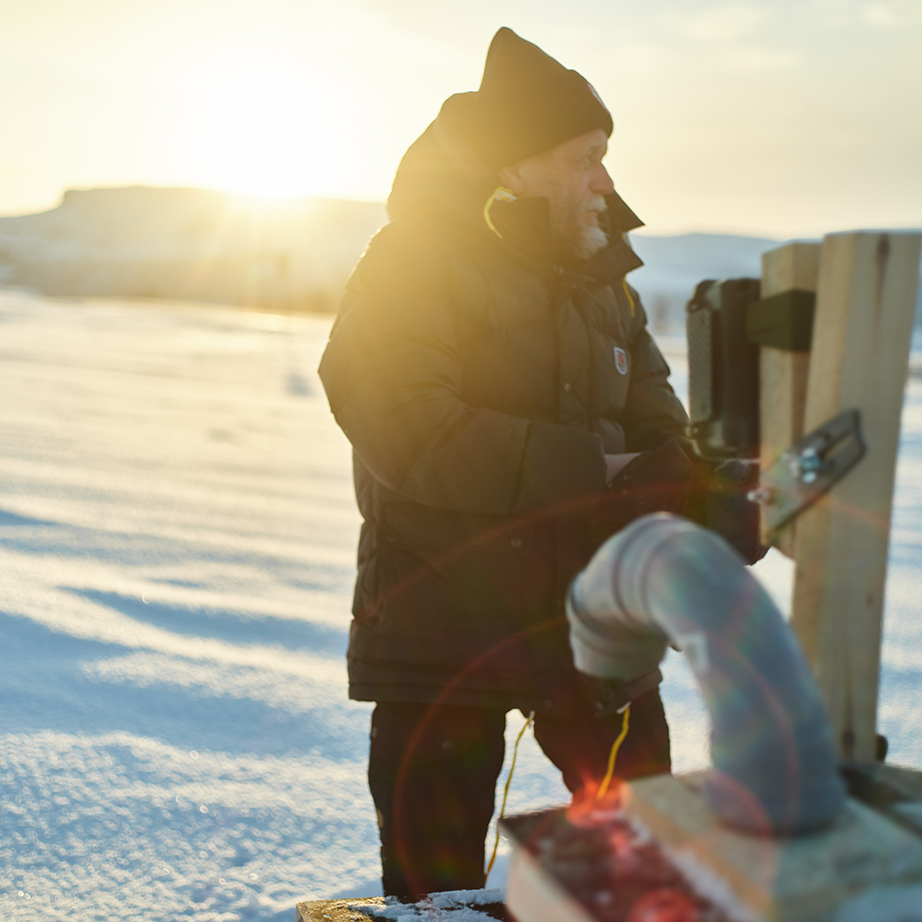 As such, supplementary feeding programs, like those carried out by the WWF Finland, are vital for the arctic fox’s survival and for helping them to stay in the best breeding habitats also during the years of low rodent populations.

For several years now, WWF Finland has run a small-scale feeding program with Metsähallitus Parks and Wildlife Finland, which is a state-owned enterprise responsible for monitoring and protecting select endangered species. So far, 17 feeding stations have been installed in the northernmost reaches of the Finnish Lapland. With funding from the Arctic Fox Initiative, new stations are now being made and will be equipped with camera traps to document the presence of the foxes. These feeding stations will not only give arctic foxes a dependable food source, they will also add valuable data to ongoing research about the species’ habits. 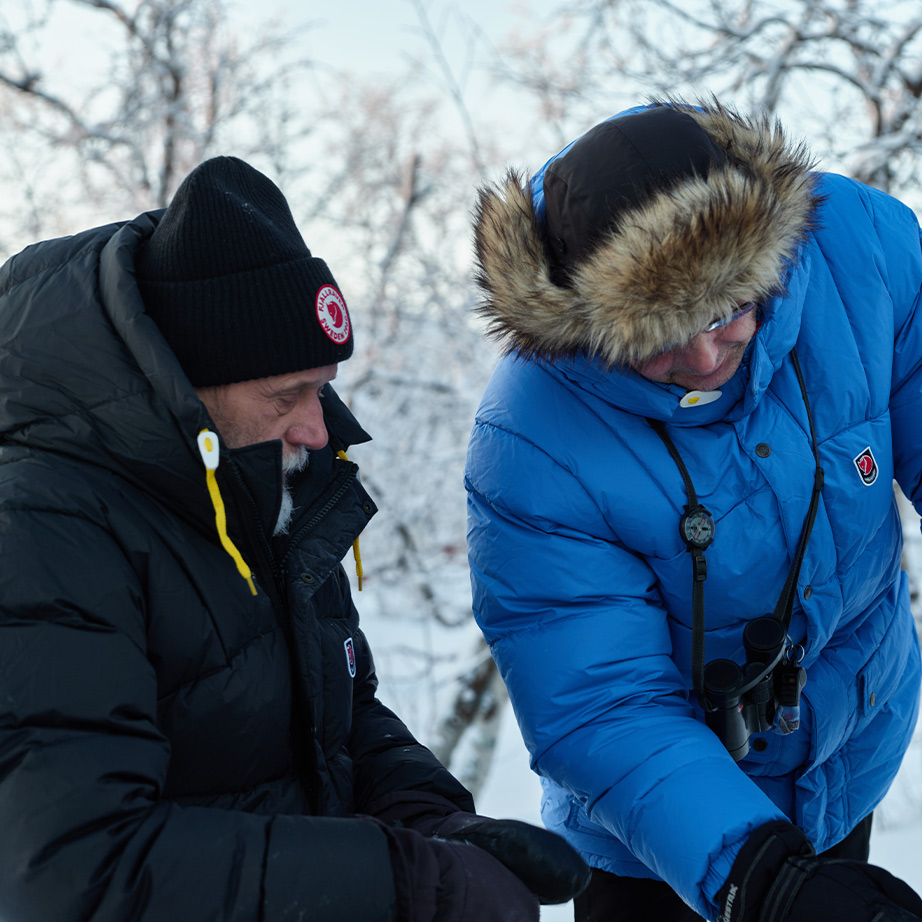 Once the arctic fox has a reliable food source in Finland, they are able to stay in the best breeding areas and breeding is much more likely to happen when a peak rodent year comes. In fact, in a good lemming year, a pair of arctic foxes can raise up to 16 pups. Unfortunately, there have been no documented accounts of arctic foxes breeding in Finland in about 25 years. But Petteri Tolvanen, Head of the Finnish Biodiversity Programme at WWF Finland, believes there is reason to be hopeful:

“There have already been two close calls regarding the breeding of arctic foxes in Finland recently. The latest one was from this summer, when a pair of arctic foxes were examining an old nest site and even dug some new tunnels in it. Sadly, the breeding was unsuccessful, but hopes were lifted that with persistent work we will one day establish a breeding arctic fox population in Finland once again.” 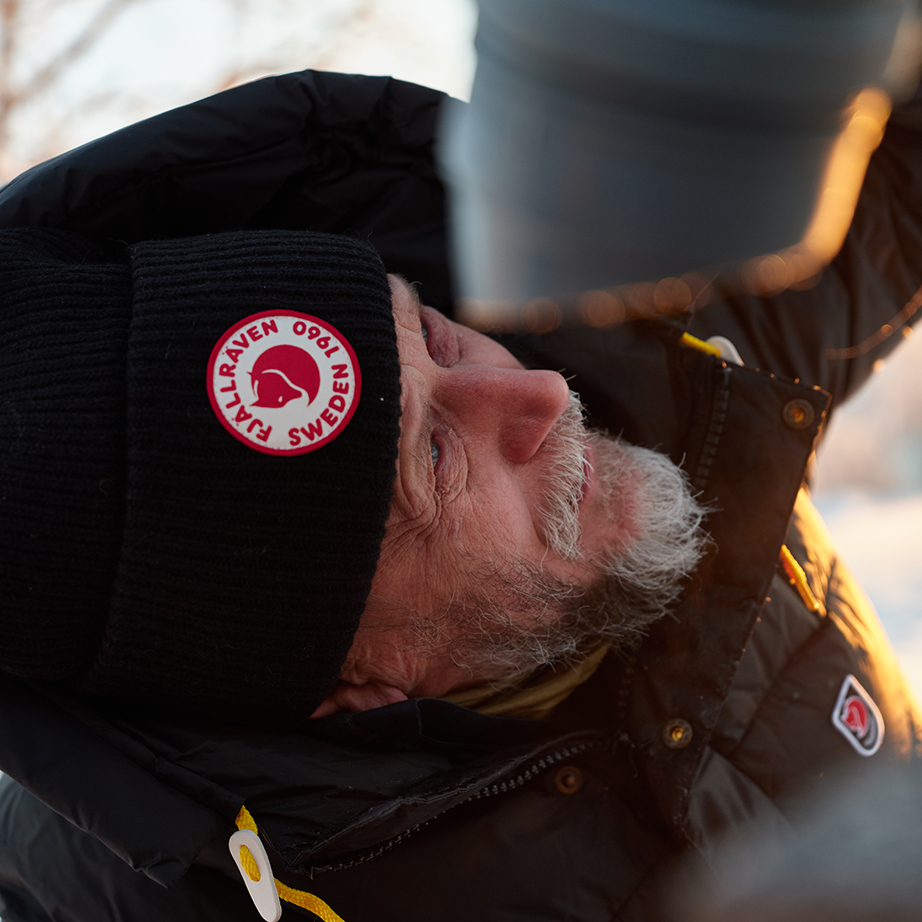 Another positive development is the growth of nesting populations of arctic foxes in both Norway and Sweden. If the nesting population is increasing in neighbouring countries, the probability for arctic fox breeding in Finland is better than for decades.

With breeding, the work of dedicated volunteers is vital. There are about 200 known former breeding den sites around Finnish Lapland, and they survey them and report any evidence of arctic fox activity in them. This work lets WWF Finland help arctic foxes settle in nesting areas and allows the organisation to better protect them. With the Arctic Fox Initiative funding, WWF Finland can now arrange to bring on, train, and support more volunteers to carry out this valuable field work.

Now that the arctic fox may be returning to Finland, WWF Finland has also refounded the country’s national arctic fox working group. This group will coordinate the conservation and research around the species. 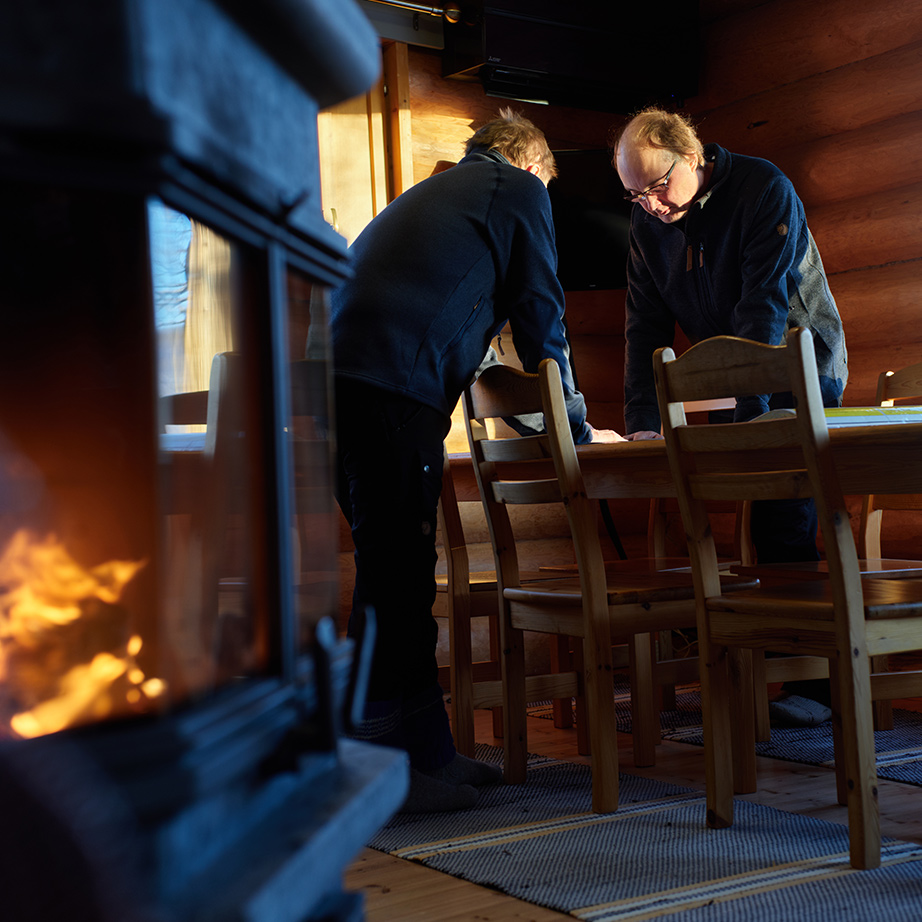 With such determination and dedication to the cause by people who want to make a difference, the future of the arctic fox is more positive than it has been in a century.